Le Voov! represents my passion for life. I believe clean air, purified water, sunshine, fresh flowers, wine, garlic, music, and laughter with family and friends all nourish the soul. Creating and enjoying delicious, healthy meals with those I love brings me an immense amount of happiness. Good nutrition is at the core of my belief that with a strong foundation of health and wellness, one can achieve anything they desire in life. As my wise sensei always said; "One cannot project what is not collected…"

At Le Voov! we celebrate the fresh, wholesome, healthy cuisine made available to us by the many talented chefs in restaurants around the globe. In blending our appreciation for quality food, with our adventurous spirit to explore a variety of cultures through our curious palate, we seek out the spices, flavors and culinary traditions from every corner of this little blue planet.

At Le Voov! we appreciate the value of efficient, high-quality products for the home. Over the years, friends and family have asked me to make a list of my favorite gadgets, tools, gifts and books for the home and the garden. 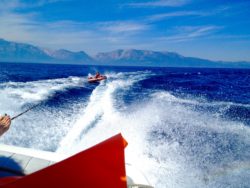 From time to time, I post a photo of some magical place on the planet we’ve visited recently with the question ‘Guess Where I Am…?’ I provide the location and information pertaining to the photo. If you are so observant and well traveled as to get many of the answers correct, you can be assured you are living the Voovacious Lifestyle!

All aboard and enjoy solving the weekly puzzle…!!!! 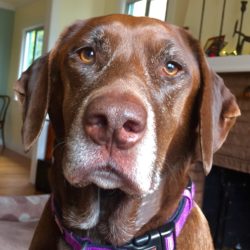 We have always enjoyed an eclectic array of cinematic adventures in our movie choices! When I was in college, I developed a movie rating system involving a cow named ‘Bessie’. Bessie would become bipedal and applaud if she liked the film, sit in her movie chair with her legs crossed if she was bored, or leave a simple, steaming pile of poop if she thought the movie was below her very high, bovine standards. Perhaps in time I will resurrect the image of dear Bessie the cow, but for now, here is a smattering of some truly amazing movies I’ve enjoyed over the years. If you wish to share a voovacious cinematic title or two with us, please feel free to Contact us. Enjoy!

During our global travels, Brian and I have acquired some beautiful handmade artwork. So, I decided to create a gallery of a few pieces on a big, blank wall in our master bedroom.

Step 1: Begin by hanging the largest piece on the wall where you like it best to form an anchor for the remaining artwork. 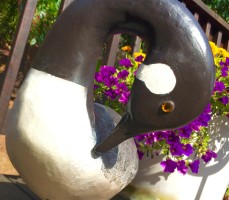 One of my best gal pals from college lives across the country. We have remained very close over the years, talking several times a week by phone and Skype. Two months ago, we decided to plan a road trip to Colorado to visit her niece, whom I’m very close with. We’re both really excited to have a bit of quality face-to-face time together while traveling. So, we’ve been enthusiastically planning excursions and adventures into our 6-day journey, including museums, shopping, a girls spa day, hiking a few national parks, fun restaurants to visit with her niece, etc.

Then, about three weeks ago, I was contacted by another friend from college whom I have consciously maintained little interaction with over the years. She informed me that she’d heard about our road trip and invited herself to join us...